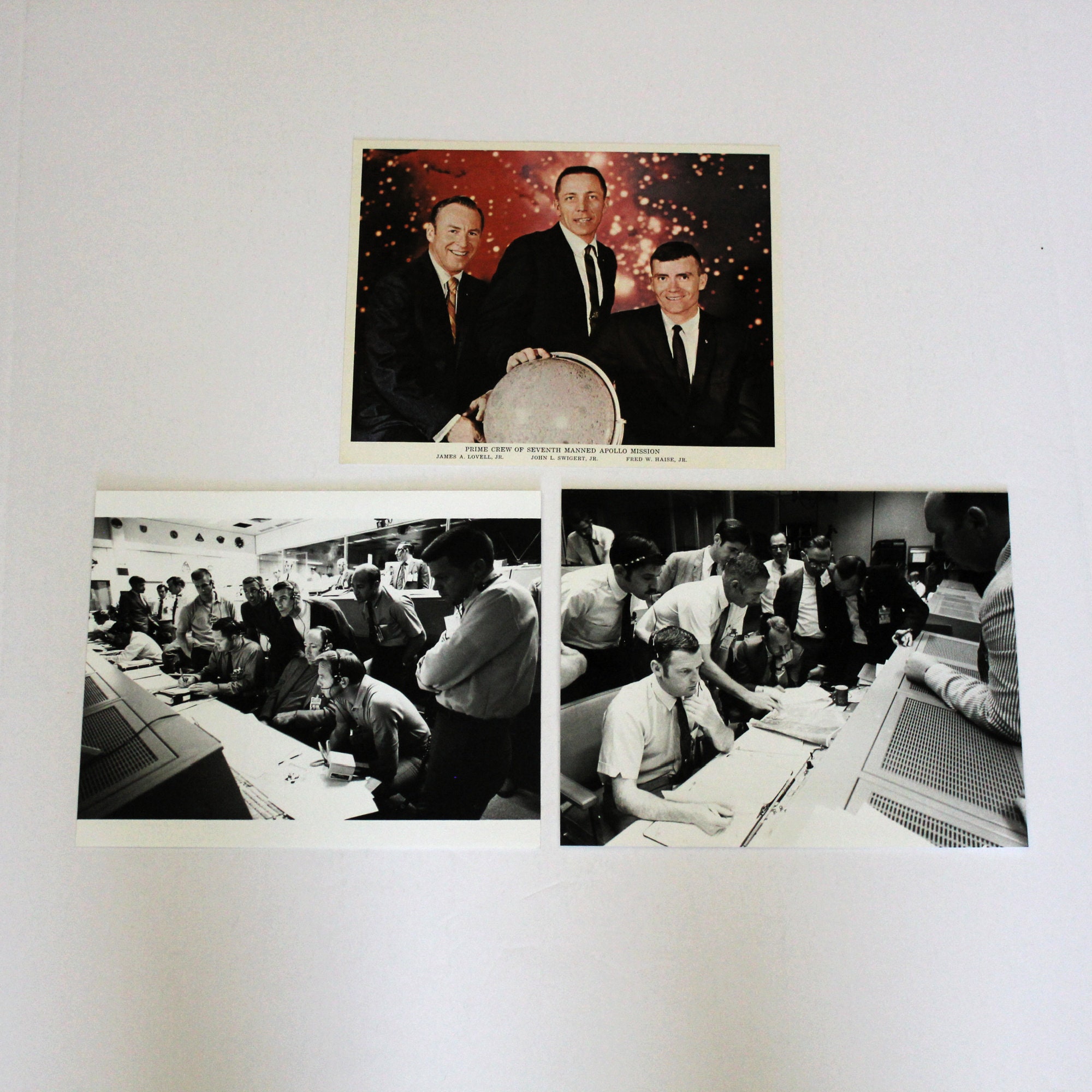 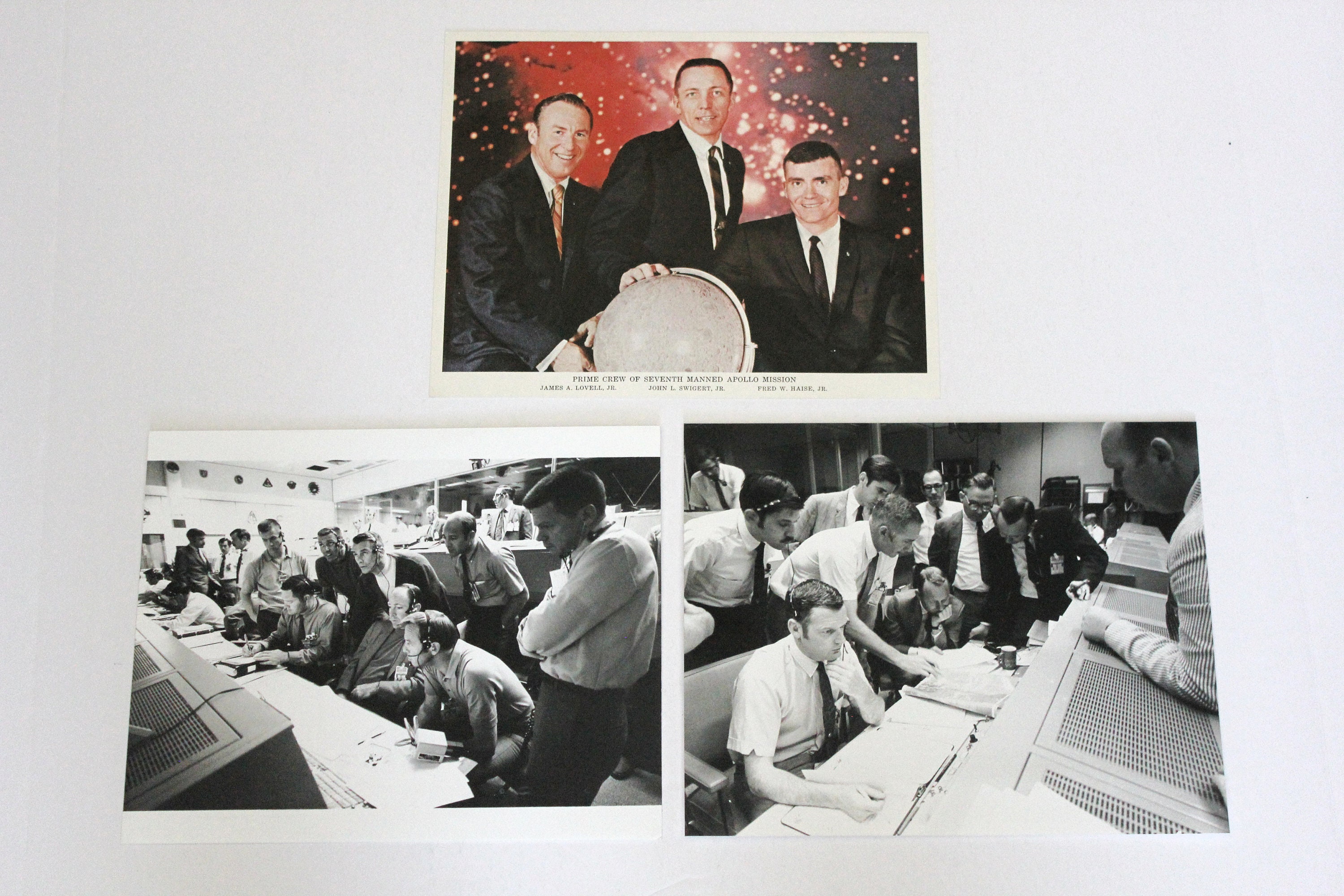 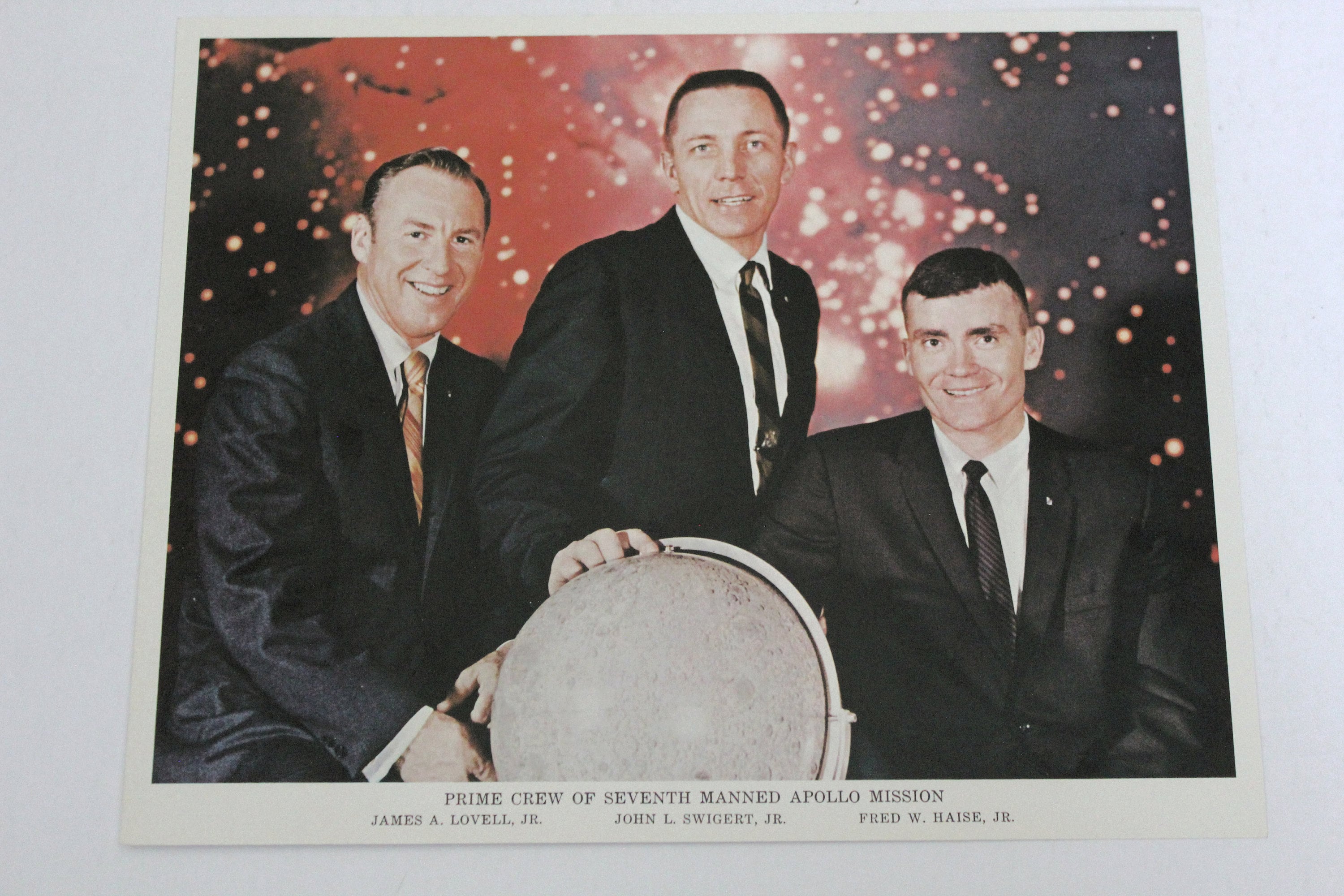 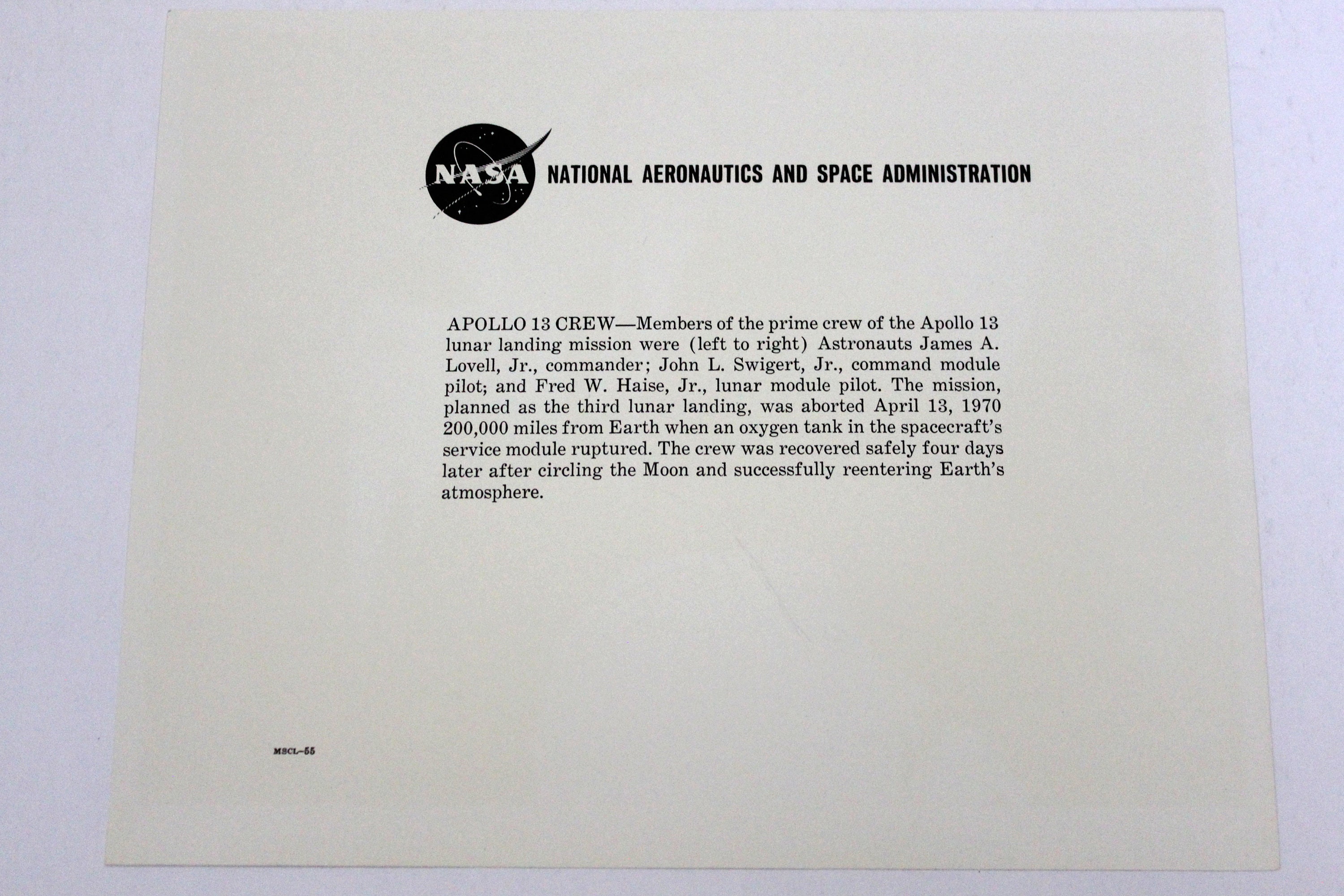 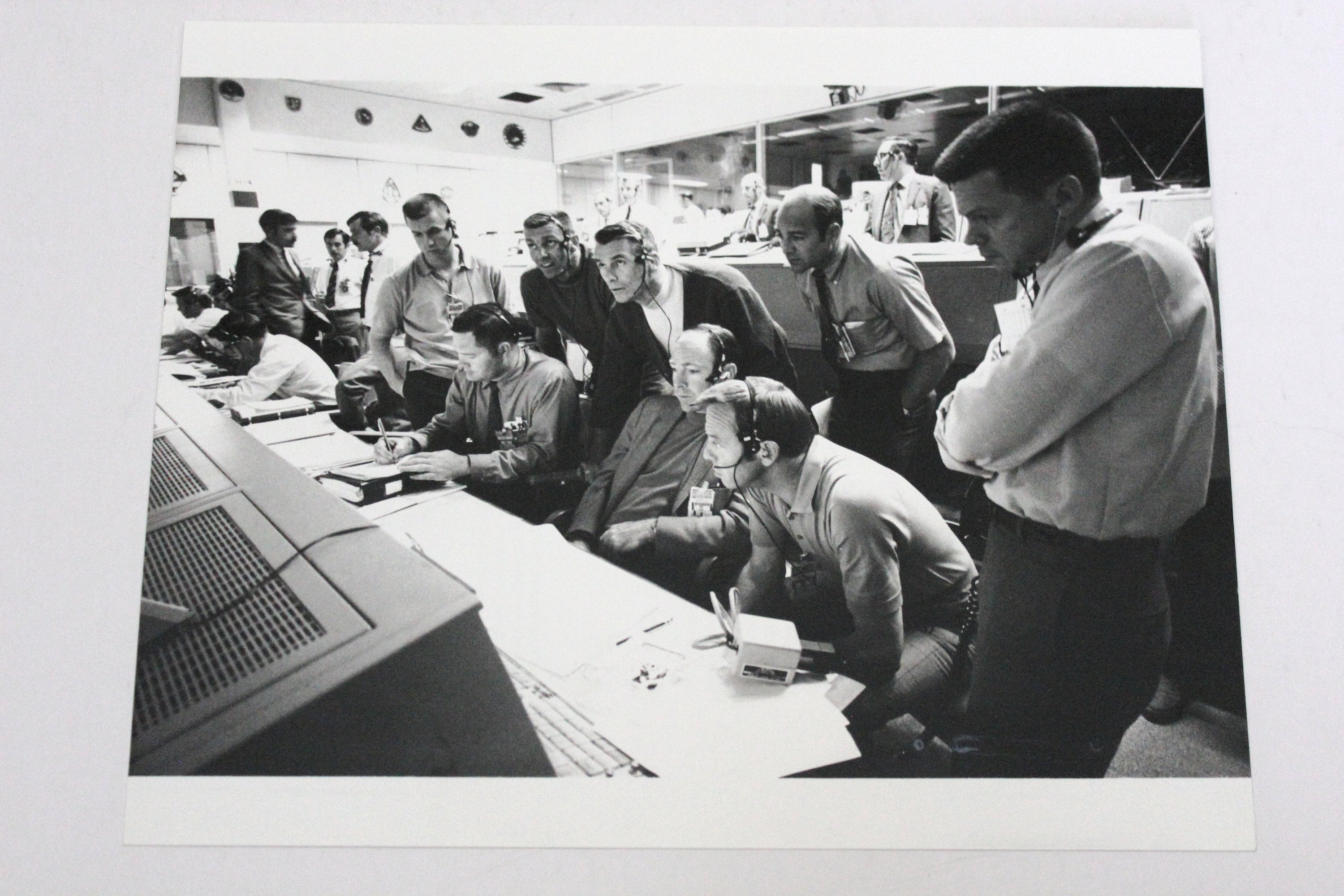 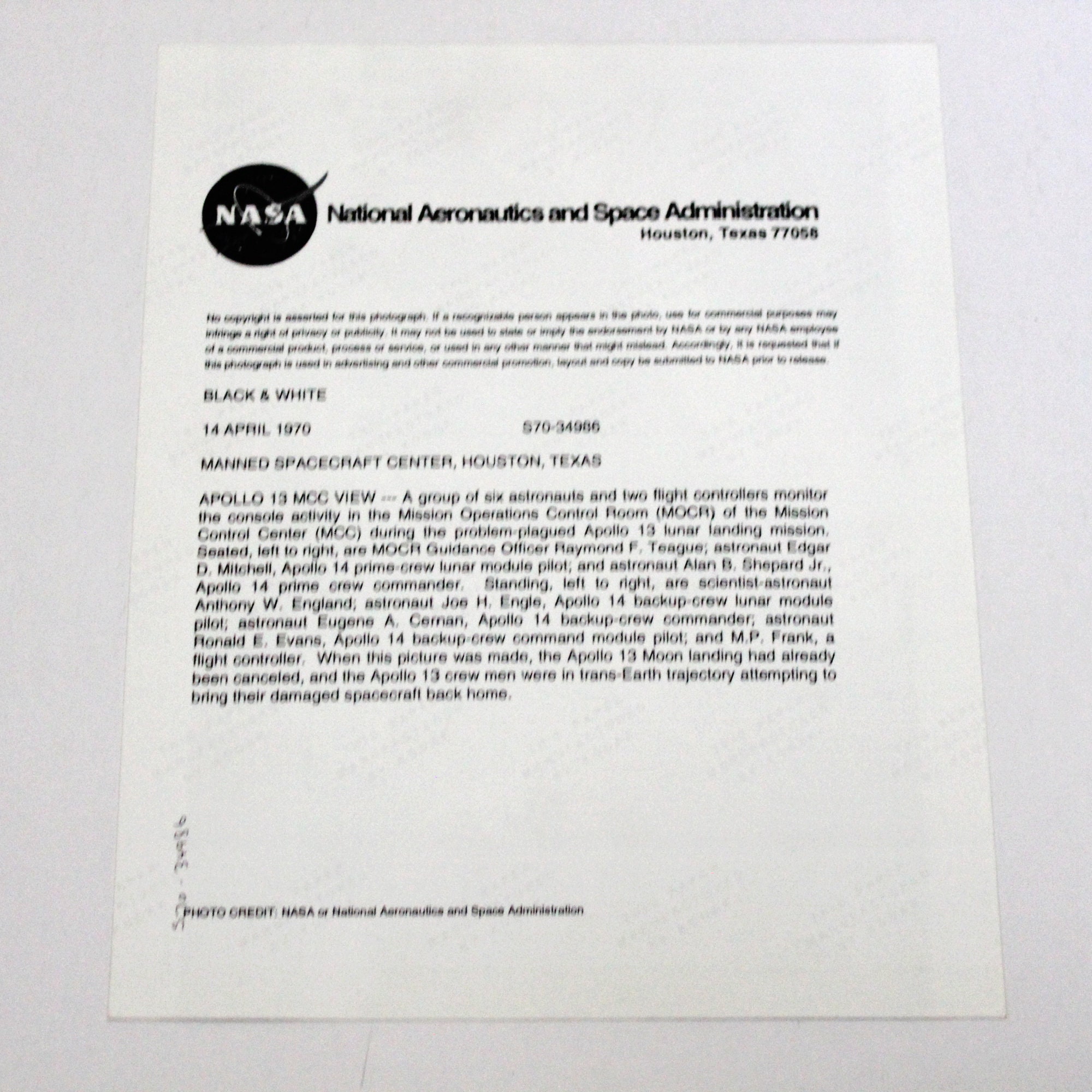 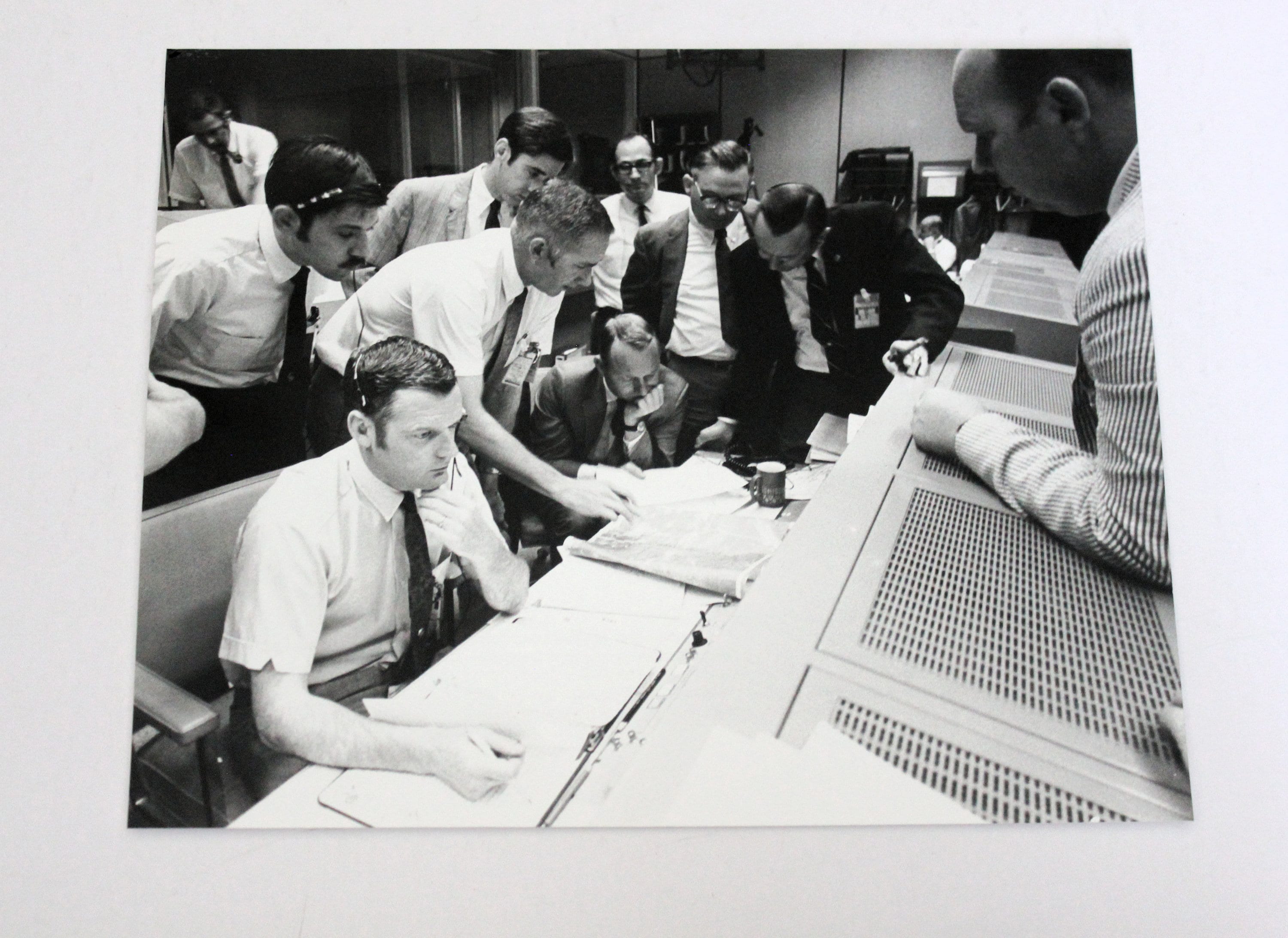 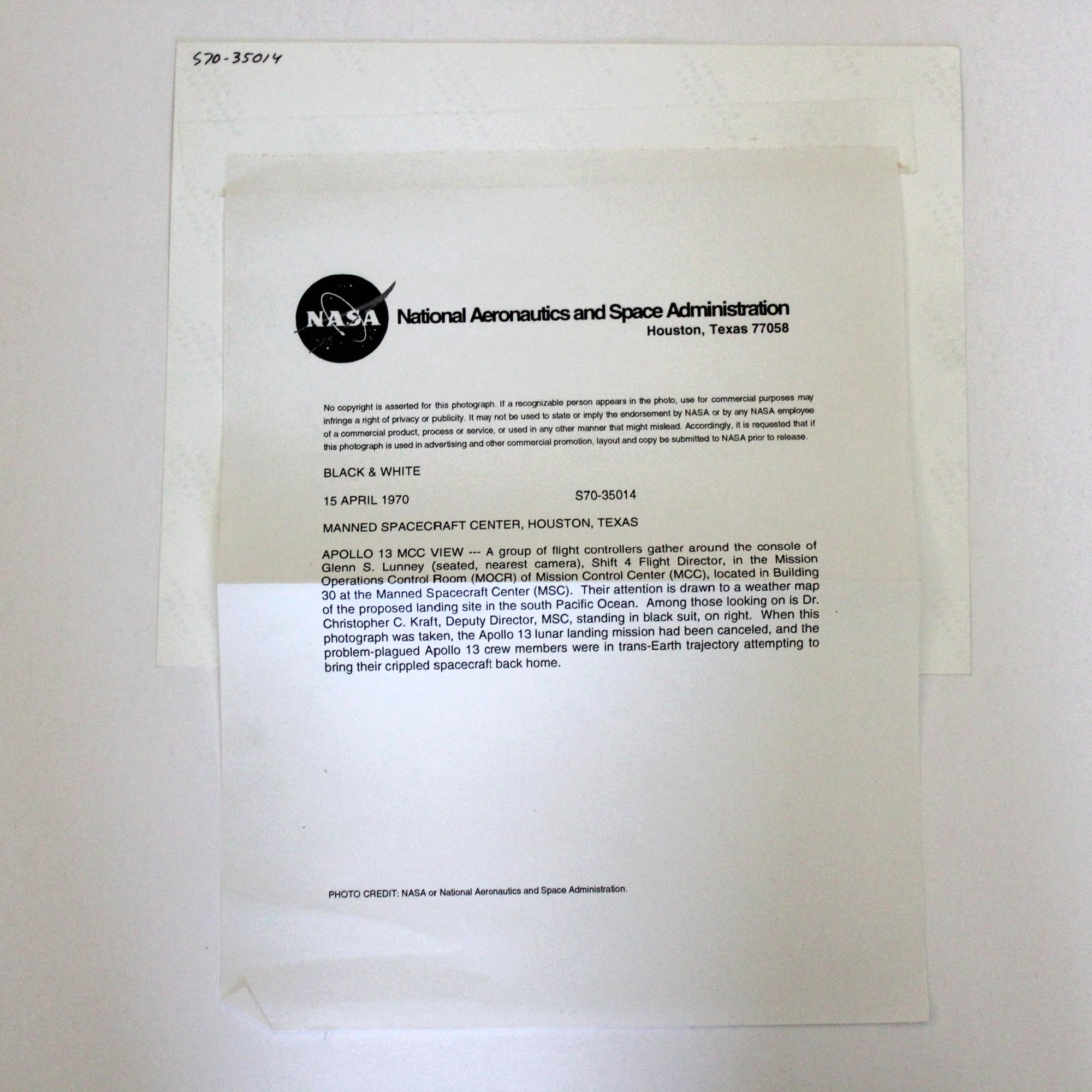 A vintage lot of 3 8x10 photos; the Apollo 13 crew, plus two in the control room of the Mission Control Center.

1. Color photo titled Prime Crew of the Seventh Manned Apollo Mission with the names James A. Lovell Jr., John L. Swigert Jr., and Fred W. Haise Jr. On the back, in addition to the names, it states this was to be the third lunar landing, but was aborted April 13, 1970 200,000 miles from Earth when an oxygen tank in the spacecraft's service module ruptured. The crew made it back safely 4 days later. MSCL-55 in the bottom left corner.

Condition: has a crease going across the moon and up onto John's hand and suit jacket.

2. Black and white photo taken April 14, 1970. Serial number S70-34986. Six astronauts and two flight controllers monitor console activity in the MOCR of the Mission Control Center during the Apollo 13 mission. Photo was taken when landing had already been cancelled, and the Apollo 13 crew were in trans-Earth trajectory attempting to bring their damaged spacecraft back home. Serial number also handwritten on bottom left.

3. Black and white photo taken April 15, 1970 with NASA paper attached. Serial number S70-35014. Group of flight controllers gathered around a console in the Mission Control Center looking at a weather map of the proposed landing site in the south Pacific Ocean. Serial number is hand written at the top left of the photo.

Ship items back to me within: 21 days of delivery

I don't accept exchanges or cancellations

But please contact me if you have any problems with your order.

The following items can't be returned or exchanged

Because of the nature of these items, unless they arrive damaged or defective, I can't accept returns for:

0 items in your cart